WHY BOTHER ? Well, instead of natural areas, there could have been massive housing, maybe an industrial area or two, shops along the beachfront, car tracks all over the lighthouse coast, and no chance of seeing otter, porcupine, buck, and rooikat – in our backyard. 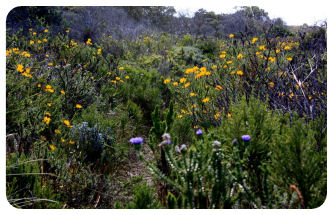 Fortunately for us, back in the 1980s, some far-sighted residents realised that they had take action to keep the special character of Cape St Francis with its natural areas, scented with buchu aroma. SO a group was formed in order to prevent the further loss of our endangered plants and animals. Together with SCOSS (St Francis Coastal Open Space System), the group got residents and the authorities to proclaim, and manage selected areas as nature reserves. FOSTER ensures that the village of Cape St Francis is encircled by a natural area – a green belt – which provides a home for a range of wonderful, wild animals and plants. 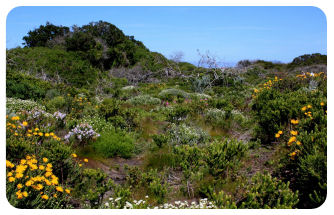 SO WHAT DOES FOSTER DO ? – Well, we encourage people to support nature areas by becoming members – so that if there are any threats of buildings or disturbance to the areas, we can lobby lots of support. We have raised funds for clearing the invasive alien plants because they don’t provide habitat or homes for the animals.

We maintain the walking trails so people can walk and enjoy nature and see birds and catch a glimpse of a rooikat, and we protect the coastal bush of the wild side from destructive car tracks. And we take people for walks, and will be providing some interesting info about the natural things. Basically we just make sure that the special nature of Cape St Francis survives and thrives. 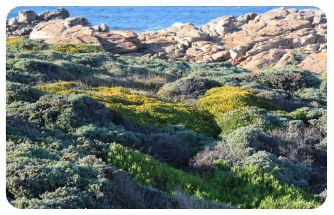 SO WHAT HAS FOSTER ACHIEVED? Well we’ve achieved a lot – and could do much more if you would join and get some friends to join, ‘cause our strength lies in numbers. And even though our numbers have been very low at times, we have still managed to get things done. Like, together with SCOSS, we’ve established three nature areas which link the far point with Rocky Coast Farm. Together these make up 132 ha (about 132 rugby fields !!).

They are known as Irma Booysen, Seal Point and Seal Bay Nature Areas. Nearly three quarters of a million Rand has been raised and used to clear these areas of all the invasive alien shrubs. To keep the areas clear, FOSTER has an informal hack group that gets together to clear regrowth once a month. A 15-km system of paths through these reserves is maintained so that you can walk and enjoy the outdoors.

We were successful in raising nearly R40 000 for signage and interpretation in the reserves. Also, FOSTER supports eco-friendly initiatives in the surroundings (e.g. St Francis Conservancy and Rocky Coast Farm, to the west, Airpark reserve to the east) and vigorously opposes any developments that will harm the reserve network (e.g. a road through the Cape St Francis Nature Reserve).