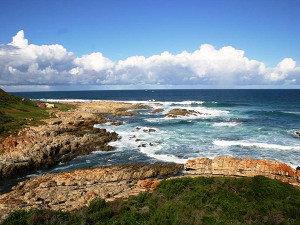 At a public meeting held in September 2010, the residents of Cape St Francis at last were able to hear the details of the proposed development of the Rocky Coast Farm. Cape St Francis residents are by nature reluctant to see their beloved and unique village undergo any significant change and therefore this was something many were eager to find out about.

The meeting, conducted by the Environmental Consultants, Hiland and  Associates, indicated that the proposed development, Alternative 4 of the various proposals explored thus far, consists of two separate developmental nodes measuring in the region of 50 hectares and consisting of 71 plots. 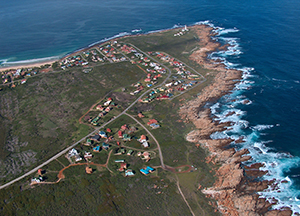 One of the nodes is situated fairly far down the Rocky Coast Farm commencing in the area adjacent to the first shack that one comes across when walking in this area. The other node is closer to Cape St Francis but is set back sufficiently that it will not be visible to those CSF property owners in the area when looking towards the sea.

All remaining areas measuring in the region of 450 hectares, not included in the developmental nodes will be re-zoned POSIII which gives the areas Nature Reserve status

and these areas will be maintained as such. A vital part of the proposed development will be the re-zoning of the ‘triangle’, that area belonging to the RCF situated on thee right hand side of the road leaving Cape St Francis, to POSIII and the handing over of this area to FOSTER to manage.

Cape St Francis residents were delighted to know that the existing public trail just above the rocks and water line on the RCF area,will still be available to them.